Published on November 9, 2012 by jeffrey in Reviews 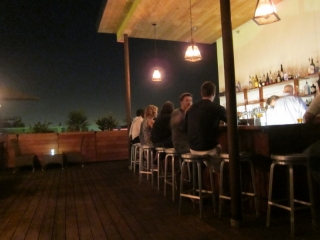 If you’ve been living under a fricken rock (for the last month) then you likely missed King Street’s newest member of the culinary club.

Stars has been one of the most highly anticipated restaurants to open in the area since The Macintosh or The Grocery—and, when you’re going up against those two for patrons, you’ve got your work cut out for you. Planning to open in August before the PGA tournament, it finally opened the first week of October – just in time for my birthday. And, while we’re comparing it to the likes of The Macintosh, I’ll point out that The Mac feels a bit crammed sometimes– Stars is wide open with a much bigger floor plan (and 3 levels vs. just 1). If The Macintosh is a younger, hipper and “chic-er” version of Hall’s, Stars is the equally-as-trendy new kid on the block. 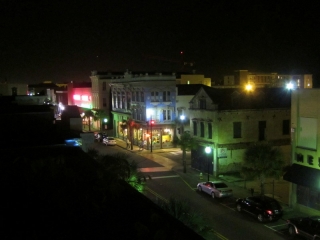 One area where Stars feels different than other high caliber restaurants in the area is that it has one of the coolest rooftop bars downtown, and the only one on Upper King. Chef Nathan Thurston uses the rooftop to grow a few herbs (sounds great in theory, but it will likely turn into a pretty ashtray). From what we’ve seen in its short existence, the rooftop bar is a hotly desired place to be on a Friday or Saturday night, often resulting in a line to gain entry.

We started our Sunday night visit on the rooftop, where we found a decent view, a great atmosphere and spacious, private-feeling surroundings. The walls are tall enough to elicit a private, exclusive feeling, but short enough to see the lights and hear the sounds echoing from the street below. 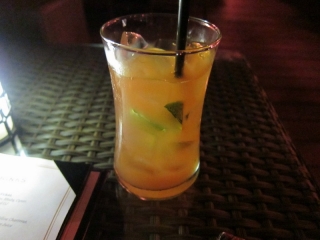 A sucker for anything with bourbon and bitters, I chose the FORT SUMTER JULEP ($10) featuring smoked white peach and tobacco-infused Bulleit Bourbon, spearmint, Angustura bitters and local honey. When I glanced at “bitters,” I was expecting a more Old Fashioned-style drink—but, I was reminded that this is a “julep” with every sweet sip. For $10, it was a lot more ice than anything and I can’t say I was impressed. 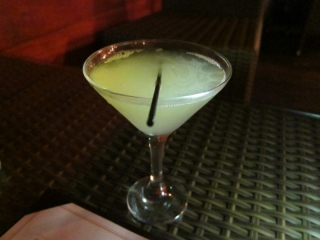 McCown took even more of a gamble by trying the AUTUMN ELIXIR ($10) with American Harvest vodka, Fernet Menta, ruby, Vanilla Basil tonic, house Muscadine vermouth and celery bitters. The feedback: ….very unusual. On the first sip, I was hit by the strong taste of the celery bitters, which was the primary taste of the drink. It’s a very odd-sounding mixture featuring many, many flavors that almost ending up coming together in the end — but ultimately results in tasting like an odd mixture of too many flavors. 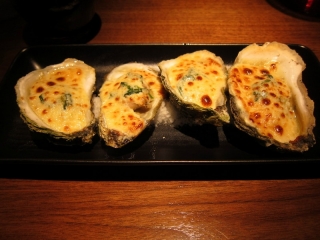 Once seated downstairs (note that no food is served on the rooftop), our first course was the OYSTERS BULL’S BAY ($11.75) with baked oysters, spinach, Asiago cheese, garlic and brandy. The oysters sat on a bed of rock salt, making for an excellent presentation. You’ll definitely want to skip the sea salt on this dish as local, South Carolina oysters are notably salty—this proved their freshness and validated their local origins. It was a perfect Oyster Rockefeller—creamy, cheesy and natural salinity from good, old-fashioned Mother Nature. 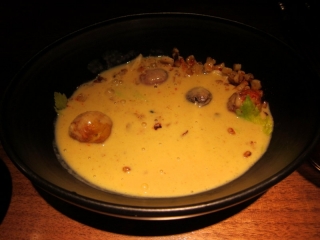 The next dish we tried (our waitress recommended it so much that we would have felt like fools for not) was the STAR’S WOOD-GRILLED BLUE CRAB SOUP ($6.75 cup/$9.25 bowl). Let me start by saying that this ain’t your typical she-crab soup, so don’t come looking for that. At a lot of places around town, they think that a salty, creamy soup that tastes like crab and sherry—artificial or not, will pass as “she-crab.” Well, Stars dares not to take any such shortcuts. Here, they start by pureeing an entire blue crab, working some magic on the sauce and pouring it over wood-grilled corn, potatoes and other herbs, making for an impressive presentation and phenomenal flavors. Unlike typical she-crab soup, this dish wasn’t creamy or over salted, allowing us to taste all of the natural flavors, including the grilled sweet corn (a very nice addition). Bottom line: Watch out 82 Queen you might not be able to boast about your “best she-crap soup in the city” for much longer.

It’s worth mentioning here that there are always three somelliers on duty. And, the best part? A wine bar on draft, a very unique option, catering to its more high-brow clientele. Serving options include 500ml, 1L and by the glass. 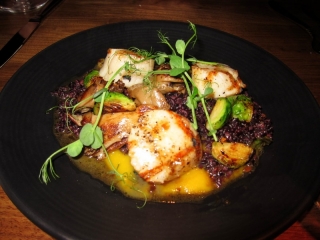 As for entrees, McCown chose the DIVER SCALLOPS ($26.75) served with forbidden rice, butternut squash, charred brussel sprouts, and bluegrass soy vinaigrette. The result was a delicious dish with super strong earthy flavors. I’ll stop here to talk about the wood-fire grill. Along with the rooftop, Stars’ wood-fire grill sets them apart from all other restaurants because every single dish offered has some ingredient (if not all) cooked in the Redwood-from-Wadmalaw-fire grill (the wood is not as sweet as applewood), adding a flavor that is natural and smoky-tasting — and fricken delicious. All-in-all, the creamy butternut squash puree brought everything home with this dish, and the wood-fire grilled scallops were definitely something we’d get again. 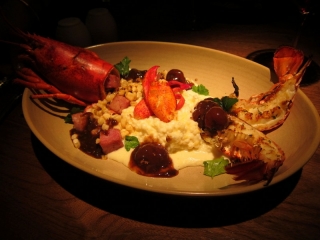 My dish, you ask, could only be described as “la pièce de résistance.” I’ve always wanted to use that term in a review and, finally, Stars has provided me the opportunity with its LOBSTER AND GRITS ($mkt price, $37ish on our night). I can honestly say that I don’t know where to start in describing how amazing this dish was. There was more than 1 lb of lobster served over “big grits” that were dense, moist and creamier than most of the stone-ground variety. There were just so many unique-but-complimentary flavors on the dish that make it one of kind in Charleston. The grilled lobster tail featured an amazing wood-fired, smoky flavor, which came right off the grilled nice and charred. The fig jam added a superb hint of sweetness that made the grits and ham taste that much better. Unlike most lobster dishes, the amount of meat present in this one won’t leave you hungry. 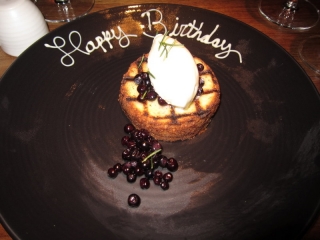 Full, but needing to complete the meal with a dessert, we pressed on. Touted as Chef Thurston’s special variation of a dish he grew up on from his grandmother’s recipe book, the STONE GROUND CORN “COFFEE CAN CAKE” ($8.50) also carried the highest recommendation from our waitress. This one was assuredly atypical of most desserts. It was a corn-bread style cake that might be considered a mix between corn-bread and pound cake (think the sweetness of pound cake with the density and dryness of corn-bread). It was topped with Mascarpone-lemon ice cream and wild huckleberries that gave it that much needed moistness and flavor to make it an interestingly unique dessert that won’t necessarily leave you craving more but will leave you feeling satisfied in your decision.

BOTTOM LINE: The hotly anticipated Stars has jolted Upper King as a big boy worthy of competing with the likes of The Macintosh, Hall’s Chophouse and The Grocery. And, I’d venture to say it’s got staying power. 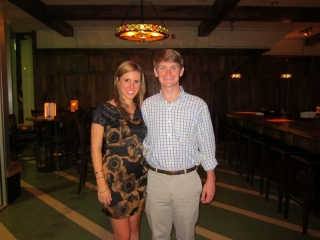 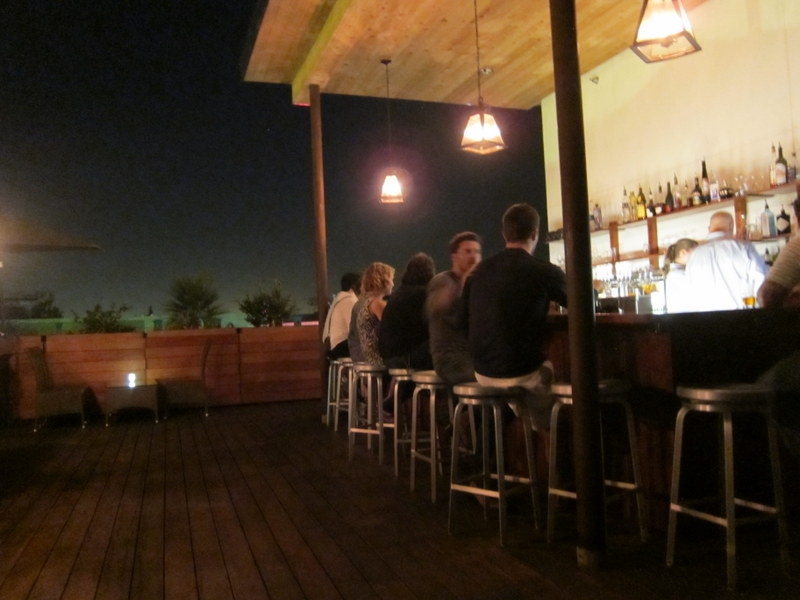 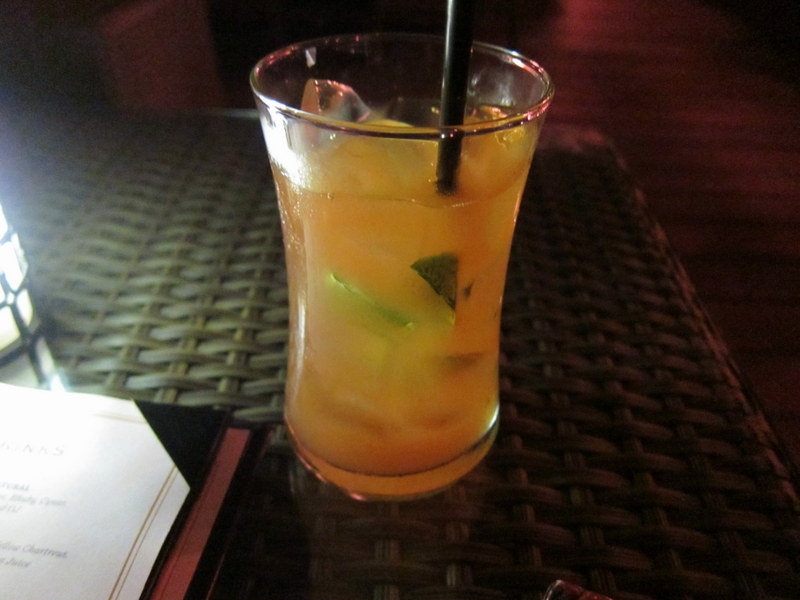 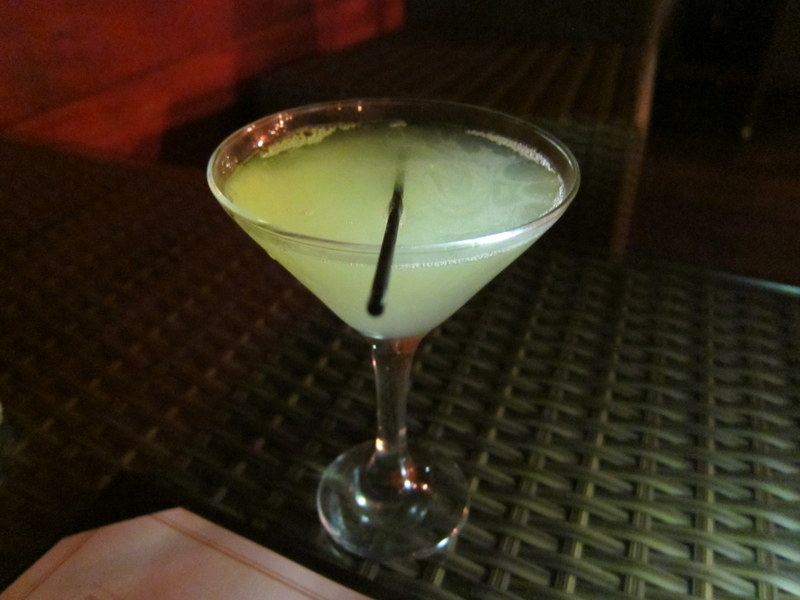 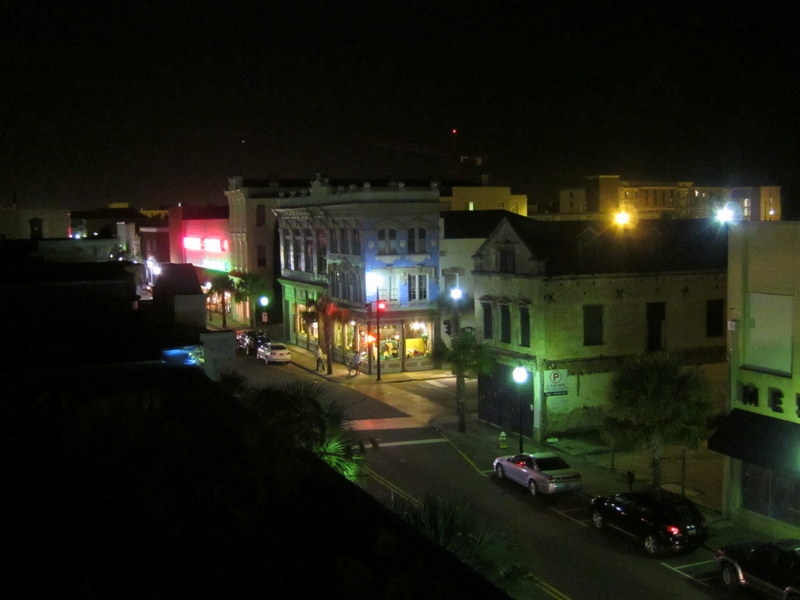 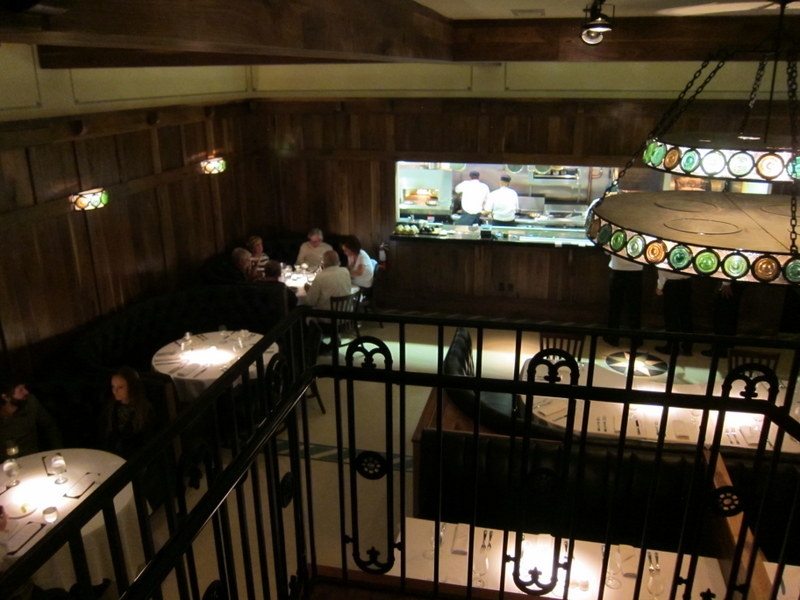 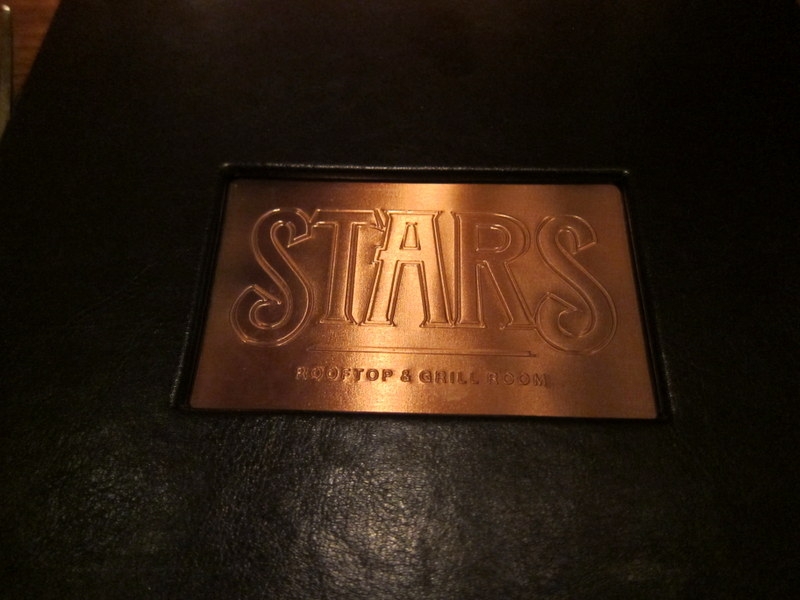 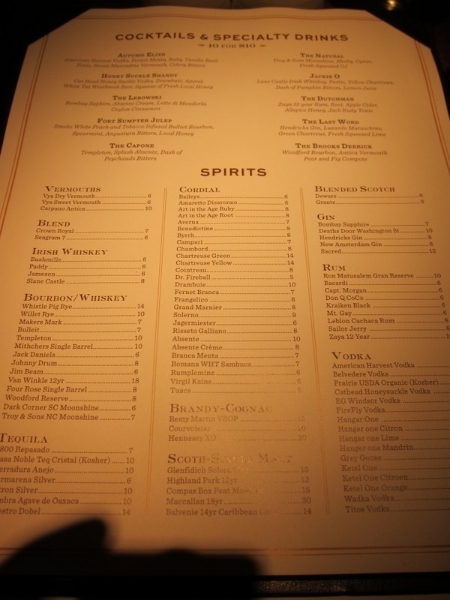 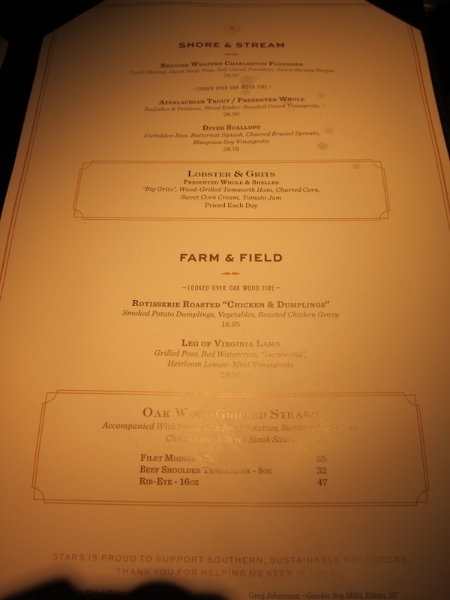 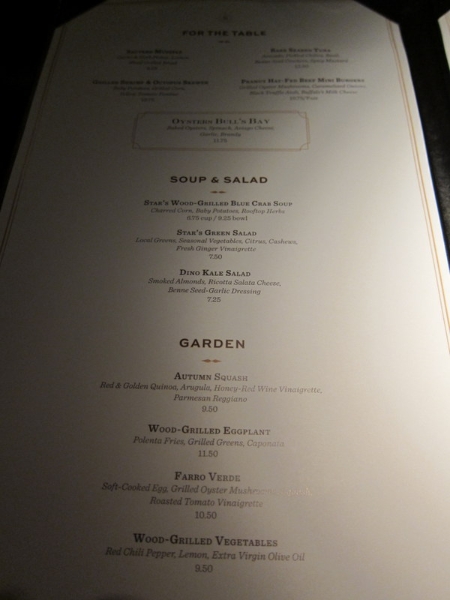 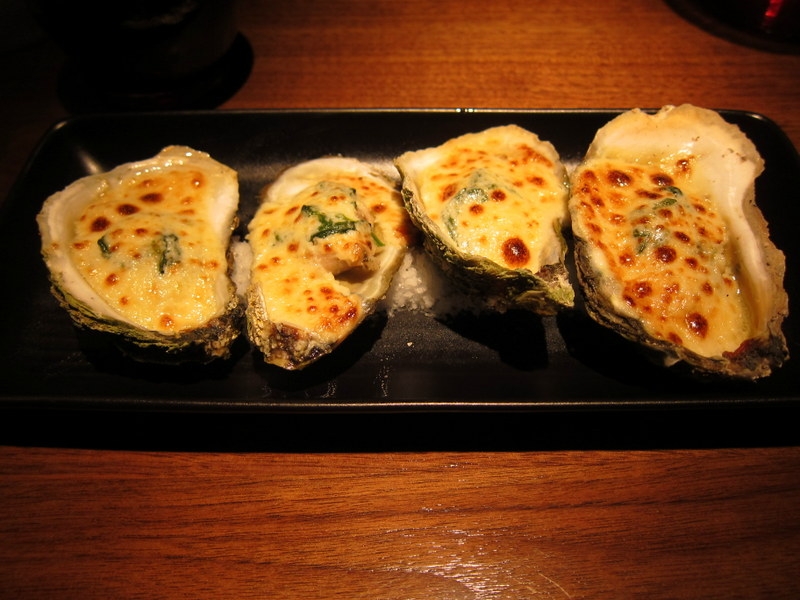 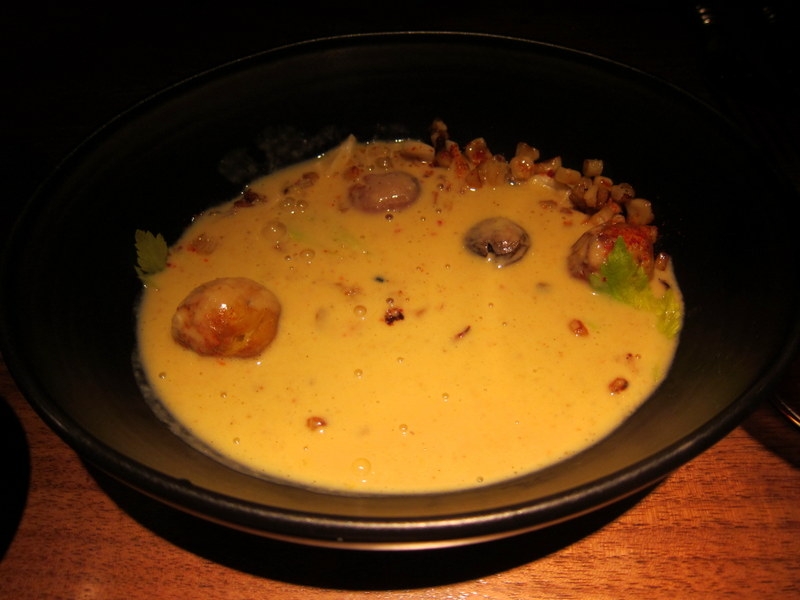 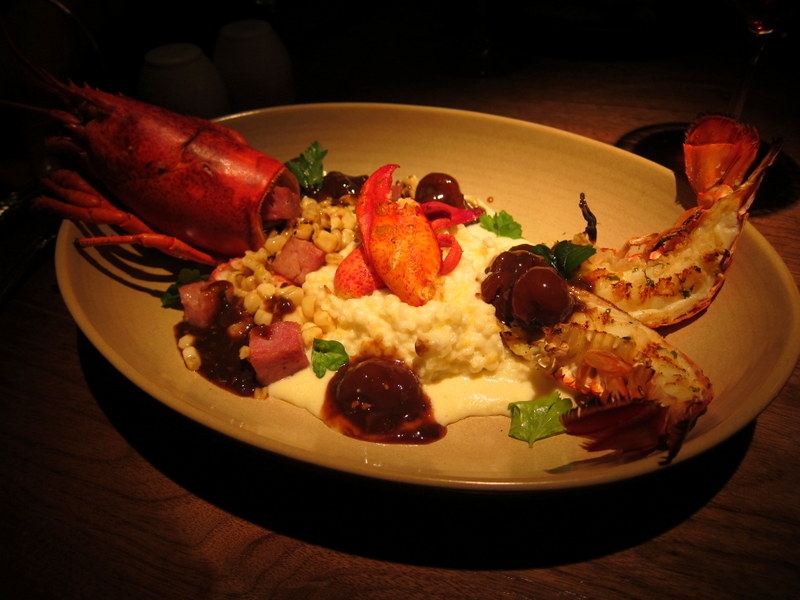 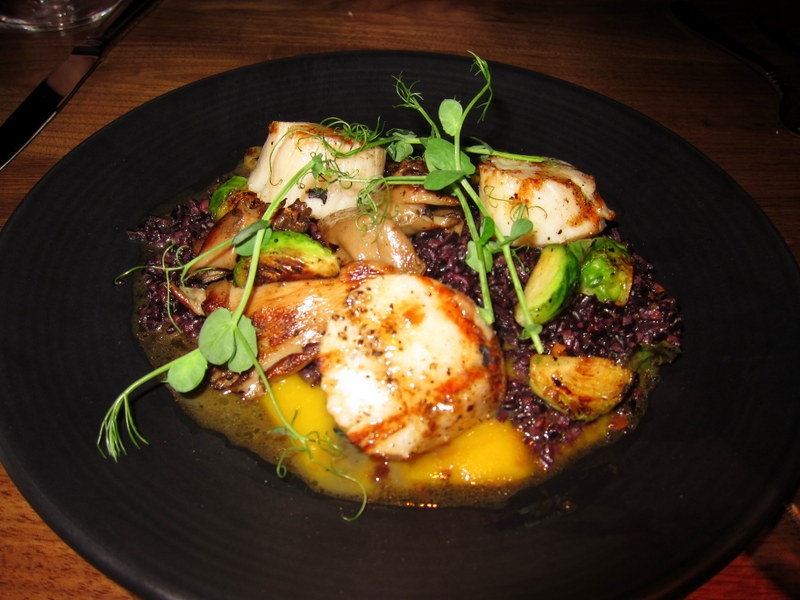 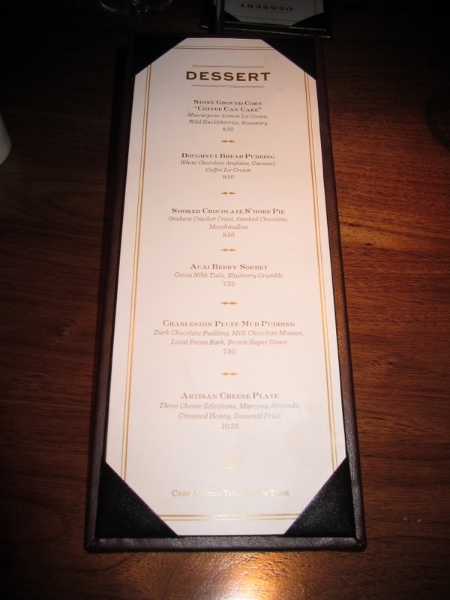 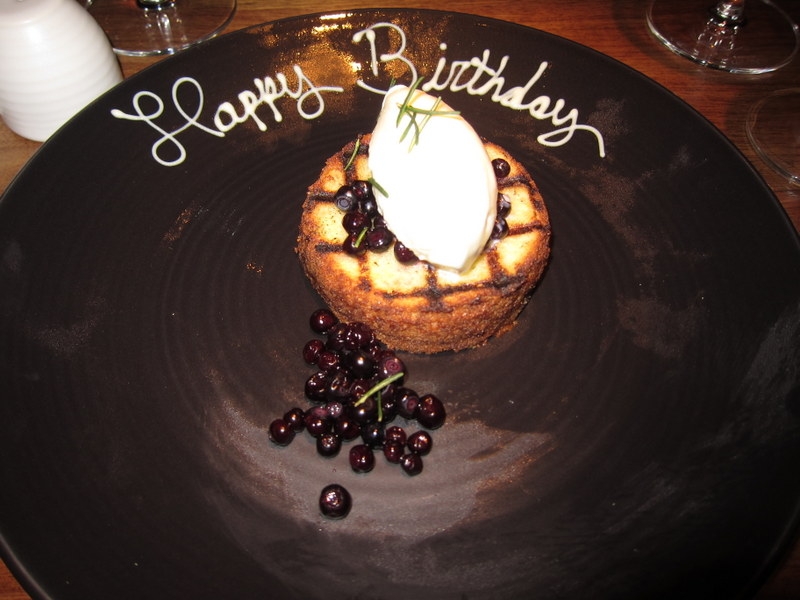 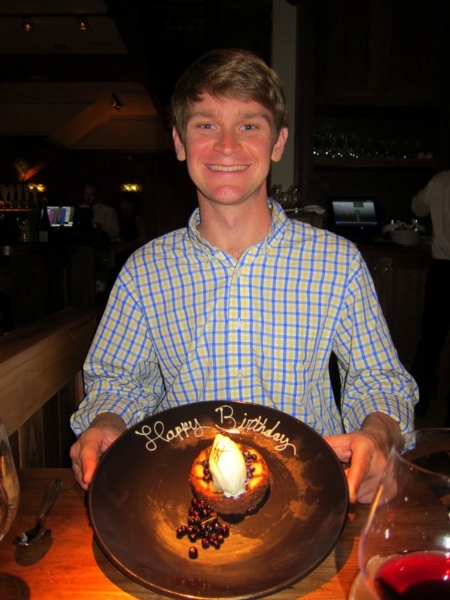 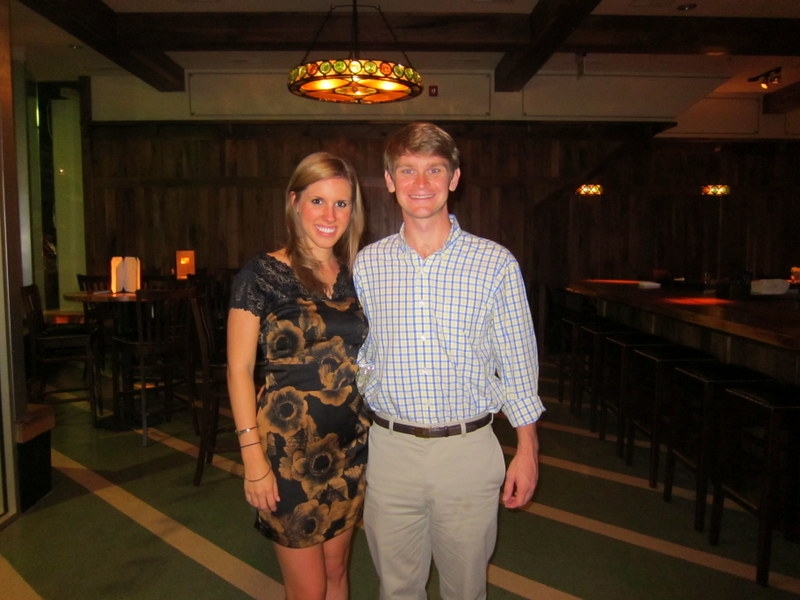 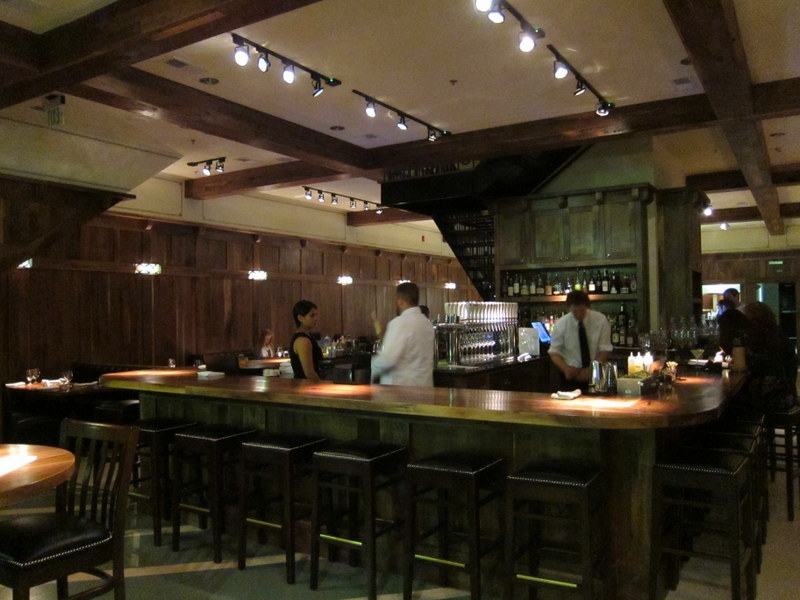 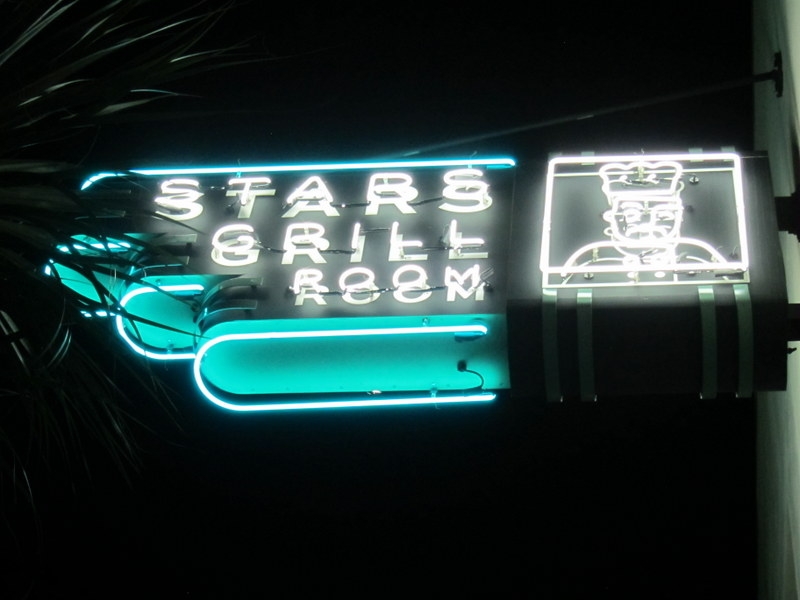