Published on June 1, 2012 by jeffrey in Reviews 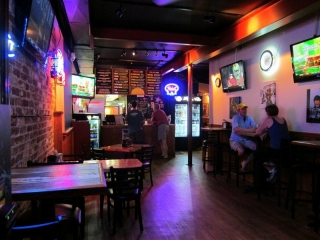 Nothing has done well in the 363 King Street location that is now home to the new order-at-the-counter “quick food” restaurant: Pace’s Pizza Balls. Restaurants seem to come and go, never lasting more than a year. From the street, the inside space looks tiny, with just enough room for a few tables, but we entered Pizza Balls to find the space to be deceivingly large. The dining room snakes around a bit, opening up to a large area with plenty of tables.

To be frank, we don’t think Pizza Balls has much of a chance to turn that 363 King curse around. 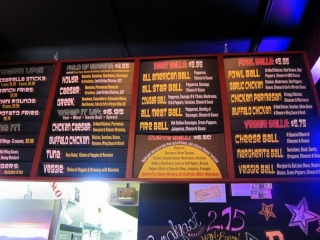 Being in a new place, with a new concept of food, we have the basic questions, including, “What exactly is a pizza ball?” — to which they presented a sample from the nearby fridge (they clearly get that question a lot). When asked what kind was good, the cashier said she’d only tried one and doesn’t really care for them.

Off to a good start!

OK, well then, what’s popular? “The Cougar Ball.” Ah, of course, the house special, which they rename for any city they open a location in (In Reno –the only other “chain,” the “Wolf Pack” features the same ingredient). After lots of fumbling around with my card and the computer screen (partly my fault for being difficult), I was over-charged by a few dollars so they offered a free dessert– good enough for me. 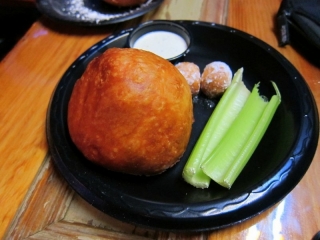 The food came out quickly after ordering (within 5 or so minutes), making the “every order is made from scratch” claim a little questionable– but we’ll roll with it. The COUGAR BALL ($5.95)  came stuffed with pepperoni, sausage, red & yellow onion, mushrooms, red and green peppers, tomatoes, cheese and “sauce.” On the outside, the pizza ball looks like it is essentially a calzone, but the dough was a strangely familiar taste. At first, the flakiness of the crust reminded me of a chicken pot pie, but that still wasn’t it. On another bite, it all added up: it had the light, sweet taste of a funnel cake or doughnut. 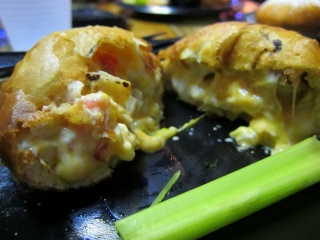 The BUFFALO CHICKEN ($5.95) was by far the worst of the two. Sure, it had grilled chicken, tomatoes and yellow onions like any respectable buffalo chicken pizza, but they soaked it in ranch and the buffalo wing sauce was missing a lot of flavor — read: zero spice. All-in-all, it was rather gross. 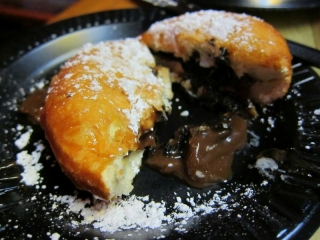 Now, time for the free dessert (which came out the same time as our other food–guess than wanted to make sure it was nice and cold by the time we were ready for it?). This one was a total mystery to us, so we dove in first to find chocolate pudding and oreo crumbs inside, which means it must have been the DIRT BALL ($2.95). I would like to say this is glorified fair food, but it is just as gross and disgusting as what the acne-covered high school kid pukes up on you in the Gravitron. I guess the one upside is that we didn’t have to see any carnies on this trip (and, consequently, avoided all knife fights as well).

BOTTOM LINE: Pretty cheap, but, unless a pepperoni and sausage doughnut sounds appetizing to you, you’ll want to skip Pace’s Pizza Balls. I know we will in the future. 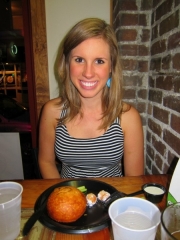 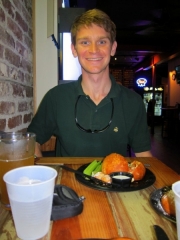 Comments Off on Pace’s Pizza Balls